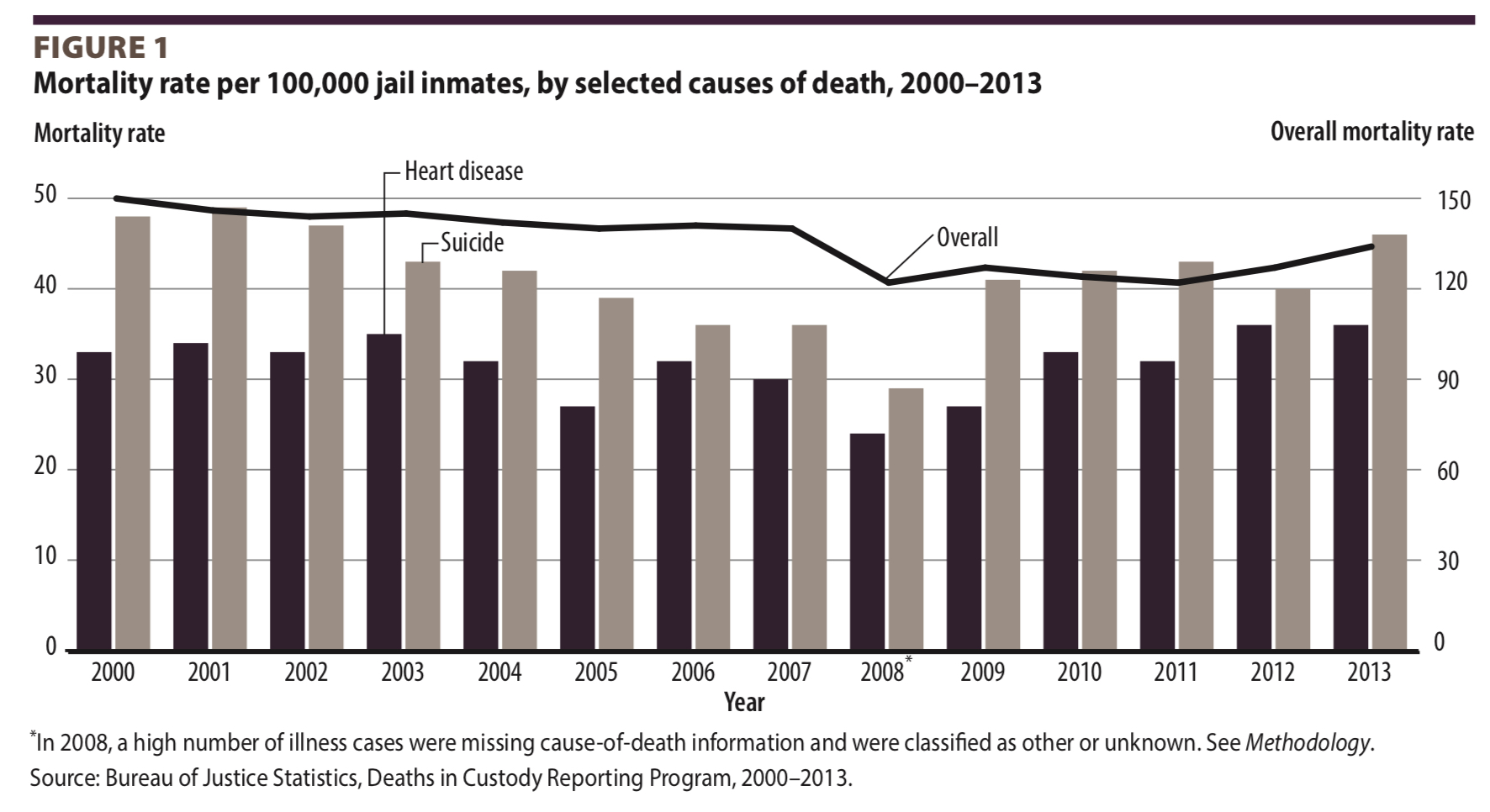 Suicide, long the leading cause of death in U.S. jails, hit a high of 50 deaths for every 100,000 inmates in 2014, the latest year for which the government has released data. That’s 2½ times the rate of suicides in state prisons and about 3½ times that of the general population.

Following are some findings regarding characteristics of the suicide victims:• Sixty-seven percent were white.

Suicide is often the single most common cause of death in correctional settings. Jails, prisons and penitentiaries are responsible for protecting the health and safety of their inmate populations, and the failure to do so, can be open to legal challenge. Further fuelled by media interest, a suicide in correctional facility can easily escalate into a political scandal. Moreover, suicidal behaviour by custodial inmates means a stressful event for officers and other prisoners faced with it. Therefore, the provision of adequate suicide prevention and intervention services is both beneficial to the prisoners in custody, as well as to the institution in which the services are offered. It is within this context that correctional settings worldwide struggle with the problem of preventing inmate suicide.